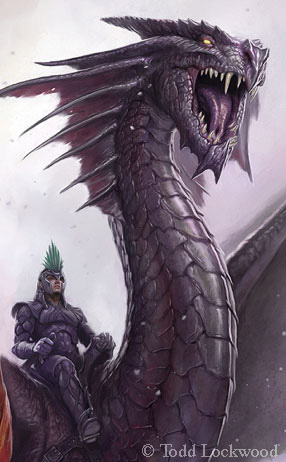 
I've read these dou authors before and I absolutely love their story telling quality!! I would give it a 5 out of 5.

Although the authors used the same writing style they used with The Obsidian Trilogy, the plot wasn't predictable.

I would say that the plot has depth, surprises and wonderful twists. The thing I like most, though, with this trilogy is that I got to revisit much-loved characters from the previous trilogy, i.e., the dragon Ancaladar! And these books displayed the same fantastic character development encountered in previous works. So I'm kinda hoping that there would be another book in this series

. Warning though, these books are meant to be read as one. Books 1 & 2 ends in a cliffhanger. If any of these books is read independently, I imagine that the reader would be royally confused!

Although these books were not in my original list of dragon books this year, I still count it towards the All Things Dragons Challenge. This trilogy is very satisfying indeed! I would recommend this series to anybody who likes epic fantasy reads!

New York Times and USA Today bestselling authors Mercedes Lackey and James Mallory first teamed up to write The Obsidian Trilogy, set in a wondrous world filled with magical beings, competing magic systems, and a titanic struggle between good and evil. That world proved so popular with the creators and readers alike that Lackey and Mallory have returned to it with The Phoenix Unchained, Book One of The Enduring Flame, the opening volume of a new epic fantasy trilogy.

After a thousand years of peace, much Magick has faded from the world. The Elves live far from humankind. There are no High Mages, and Wild Mages are seen only rarely. Bisochim, a powerful Wild Mage, is determined to reintroduce Darkness to the world, believing that it is out of Balance.

Tiercel, a young Armethalian nobleman, is convinced that High Magic is not just philosophy. He attempts a spell--and draws the unwelcome attention of Bisochim. Tiercel survives Bisochim's attack and begins trying to turn himself into a High Mage.

Next in line to be Harbormaster of Armethalieh, Harrier instead finds himself regularly saving Tyr's life and meeting magickal people and creatures. To Harrier's dismay, it seems that he must become a hero.

In The Phoenix Unchained, Harrier and Tiercel begin a marvelous journey to uncover their destinies. Along the way, they meet a charming female centaur, several snooty Elves, and the most powerful dragon their world has ever known.

Source: Info in the About The Phoenix Unchained was taken from GoodReads at http://www.goodreads.com/book/show/373051.The_Phoenix_Unchained on 11/12/2011.

In The Phoenix Endangered, second in The Enduring Flame, Tiercel, a budding High Mage, and Harrier, a reluctant Knight-Mage, develop greater power—and learn of the evils of war when they see the devastation caused by the fanatical armies of the Wild Mage Bisochim.

The desert tribespeople led by young Shaiara flee Bisochim’s evil, seeking a legendary oasis deep in the desert—a refuge that may hold the key to stopping Bisochim and preserving the Balance between Light and Darkness . . . or that may be the cause of Light’s ultimate downfall.

Source: Info in the About The Phoenix Endangered was taken from GoodReads at http://www.goodreads.com/book/show/2903799-the-phoenix-endangered on 11/12/2011.

In the Enduring Flame trilogy, Mercedes Lackey and James Mallory have given readers a new view of the complex and fascinating world they originally created for the Obsidian Trilogy. Jumping one thousand years in time, Lackey and Mallory have told the compelling story of Harrier Gillain, the first Knight-Mage in a thousand years; Tiercel Rolfort, the first High Mage in hundreds of years; and Shaiara, the young leader of a desert tribe who takes both boys under her wing but has a special affection for Harrier.

These three young people are their world’s main defense against the evil called up by the rogue Wild Mage, Bisochim. Bisochim’s conviction that he was restoring the balance was shattered the moment Ahairan took her first breath. Now, in The Phoenix Transformed, Bisochim joins forces with Harrier and Tiercel, and the three mages search desperately for a way to destroy Ahairan as she sends her magical forces against them and the desert nomads under their protection.

With more than one twist in the telling, centering on a magic-plagued journey across a blistering desert, The Phoenix Transformed is the stunning conclusion to The Enduring Flame.

Source: Info in the About The Phoenix Transformed was taken from GoodReads at http://www.goodreads.com/book/show/6352652-phoenix-transformed on 11/12/2011.